Pub offers £1,000 worth of macaroni cheese reward to catch firestarters

A fire-hit pub has put up a reward of £1,000 worth of macaroni cheese to catch the culprits who started a blaze at it. Sloans, which claims to be Glasgow’s oldest bar and restaurant, was targeted by five men who set fire to the outdoor furniture in the early hours of Thursday. As a result of the incident, the exterior of the pub in the Argyll Arcade was left damaged and covered in debris. 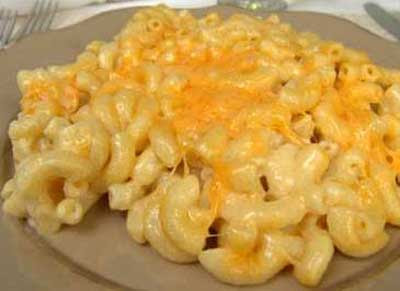 The owners of the establishment have released the CCTV footage of the incident, which shows five men sitting under the bar umbrella, before setting it alight and posing for photographs next to the blaze, which caused over £3,500 worth of damage to exterior furniture including a large bar umbrella, wooden benches and tables. Strathclyde Police have launched an investigation into the fire, which was set at around 1.30am.

Sloans management announced on Thursday that it was offering a reward of £1,000 worth of macaroni cheese to people who provide information that will lead to the men responsible for the fire being brought to justice. Nicola Wilkinson, general manager at Sloans, said: "We’re offering a reward of £1,000 worth of our gourmet macaroni cheese for information which leads to the arrest of any of the five idiots who set fire to our furniture.

"We’re famous across the city for our gourmet macaroni cheese and regularly sell thousands to our customers every week. We wanted to encourage people to get in touch with information about who caused the fire and we couldn’t think of a better way to tempt folk to pick up the phone than with the reward of a grand’s worth of mac n cheese. The pub is currently open for business and we hope our reward of mac n’ cheese means we help the police to catch these guys as soon as possible."
Posted by arbroath at 6:00 am
Email ThisBlogThis!Share to TwitterShare to Facebook