A man in New Zealand has been jailed for watching cartoon videos of elves, pixies and other fantasy creatures having sex. Ronald Clark downloaded the Japanese anime cartoons three years ago, setting in train events that would see him in court in Auckland and jailed for three months for possessing objectionable material, and sparking debate as to what harm is caused by digitally created pornography. 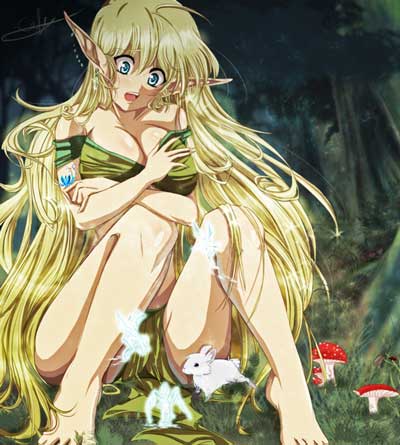 Bowden said the conviction for possessing objectionable material was "the law gone mad".  However, while the cartoon characters were elves and pixies, they were also clearly young elves and pixies, which led to concerns the images were linked to child sexual abuse. Anti-child pornography group ECPAT Child Alert director Alan Bell said the images were illegal because they encouraged people "to migrate from there to the real thing".

"The distribution of it is damaging. You have to ask what impact does it have even if it's not harming [an individual child]." Bell said it had to be conceded that no child was harmed in the images' production but "it's all part of that spectrum".  Clark himself argued that the law led to the absurdity that he could, in theory, be convicted of possessing objectionable images of stick figures. Clark admitted he was interested in the images but he said it was for their artistic merit and as "a bit of a laugh". He did not find them sexually arousing, he said.
Posted by arbroath at 6:04 am
Email ThisBlogThis!Share to TwitterShare to Facebook