South Carolina woman, Amanda Cantwell, is facing a domestic violence charge after allegedly attacking her boyfriend when he refused to have sex with her. According to a Charleston Police Department report, Jeffrey Chaffin, the 33-year-old victim, told investigators that he and Cantwell had been drinking on Monday evening when the trouble started. 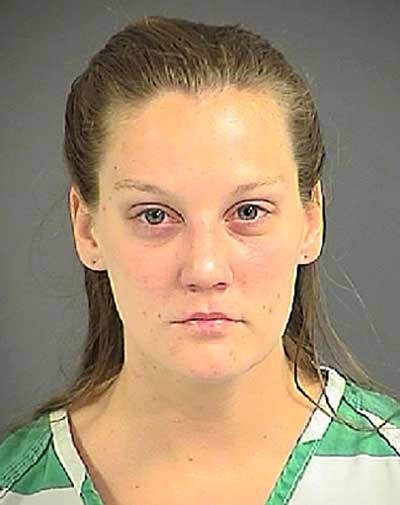 Chaffin, 27, who has lived with Cantwell for about 18 months, told officers that she “became extremely upset when he refused to have sexual intercourse with her.” Chaffin added that Cantwell slapped him in the head, jumped on his back, and “inserted her fingers in his mouth and clawed the inside of his cheeks with her fingernails.”

After getting Cantwell off his back, Chaffin dialed 911. Police responding to his call noted that they “were able to observe fresh scratches and blood inside the victim’s mouth.”

When questioned about the confrontation, Cantwell acknowledged that she and Chaffin had been “drinking alcohol at their residence all day and became involved in a verbal dispute.” She claimed that she only attacked Cantwell after he began choking her. Officers, however, “did not observe any marks/redness on or around the offender’s neck.” Cantwell was arrested for criminal domestic violence and booked into the county jail. Free on bond, she is scheduled to appear in court on Friday.
Posted by arbroath at 6:02 am
Email ThisBlogThis!Share to TwitterShare to Facebook

It's good to see that male victims of domestic violence are being taken evermore seriously and that their female abusers can no longer hide behind their gender.