Traffic held up by 40 bras on dual carriageway

Motorway police were called to a hold-up when 40 bras tumbled out onto a dual carriageway, stopping traffic. 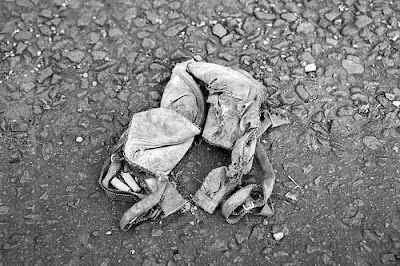 The under-garments were spilt onto the road in Lancashire, with officers called to gather them up.

Police were called to the A56 in Haslingden, at around 7.15pm on Monday.

The bras were gathered up and the stretch of road, which links the M66 at Ramsbottom and the M65 near Burnley, was re-opened.
Posted by arbroath at 6:01 am
Email ThisBlogThis!Share to TwitterShare to Facebook

Gent's bras would not cause such trouble, I'm sure

Heh heh, I wondered about that. :)

I had this mental image of 40 bras linked together holding back the traffic. Gave me a chuckle.

Only a minor hold up? Some of us need more support than that!

Dual carriageway is such a quaint british term. Much more poetic than the utilitarian American equivalent: divided highway.