Man arrested after shooting at the moon

A man from Prescott, Arizona, was arrested after he shot his handgun in a residence and claimed he was shooting at the moon.

On Friday, a 49-year-old woman called police because her boyfriend had fired shots from a handgun and was still armed at the time, according to the Prescott Valley Police Department. Officers arrived at the residence where they confronted 39-year-old Cameron Read. 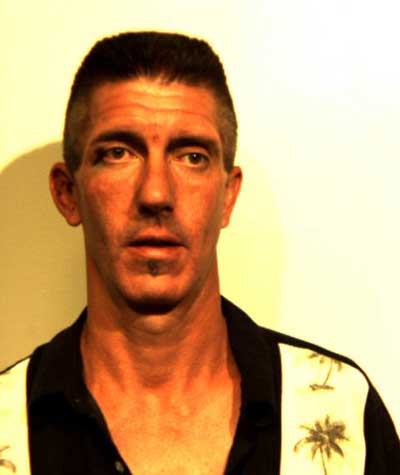 Read initially refused to leave the residence, but eventually exited and resisted arrest before being taken into custody by force, according to police. The victims told police Read had commented about seeing Halley’s Comet, and shortly after, began firing out a window. The victims heard several shots before fleeing the residence.

Read later told officials he was not trying to harm anyone, but was shooting at the moon. He also admitted to smoking marijuana before the shooting. No victims were injured. Read was booked into Yavapai County Jail and faces seven charges including criminal damage, disorderly conduct and endangerment.
Posted by arbroath at 6:05 am
Email ThisBlogThis!Share to TwitterShare to Facebook