Man with 63 names may have world's longest

A Swedish man may have the world's longest name. 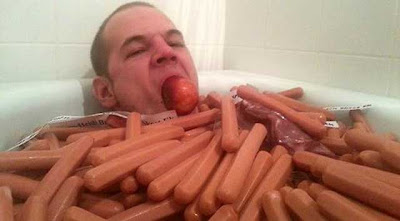 But these days he goes by Papah Long Nameh for short. Papa Long Nameh was once known as Alexander Ek. That was long ago. Ek, from the town of Haninge near Stockholm, began changing names at the age of 18. In Sweden a person can change his or her name once free of charge. After that each change costs 1,000 kronor (£87, $149). Ek has now changed names six times, and each time he adds a handful of carefully-chosen titles. "My parents were a little confused the first time a letter came addressed to Usama-Bin Ek instead of Alexander," he said. 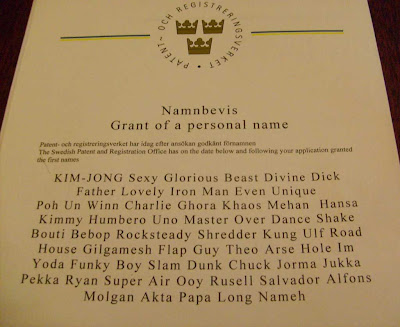 "I don't always get my mail and sometimes the electricity bill is late, but that's part of the charm." Ek was one of 44 Swedes who changed their name to Klaus-Heidi earlier last year for the chance to start a new life in Berlin. He didn't win, and he no longer counts Klaus-Heidi Bratwursten among his names. "It would be wonderful to win a trip to North Korea now, but then I probably wouldn't have come back," he added. The Swedish Tax Agency (Skatteverket) has no official limit on how many names a person can have. Ek now holds the record of Sweden's - if not the world's - longest name.
Posted by arbroath at 6:05 am
Email ThisBlogThis!Share to TwitterShare to Facebook