Police and firefighters in Chula Vista, California, were called on Monday night to rescue a naked man who told authorities he had spent 12 hours lost inside a storm drain after seeking underground refuge from the heat. 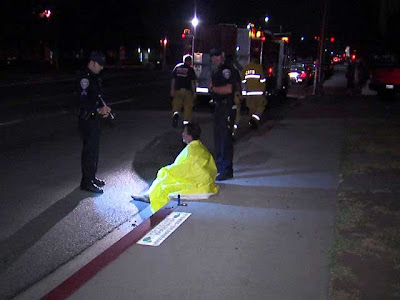 A resident who heard a man yelling for help from a storm drain, called 911 at 9:52pm, a Chula Vista police dispatcher said. Firefighters were able to get the man out.

He was not wearing any clothes, the dispatcher added. The man said he had been hot, and had climbed into the storm drain at about 10:30am. He said he got lost and had been wandering around in the sewer system. The man, Randy McKinley, who added that his home does not have air conditioning, was not injured and returned home. According to the National Weather Service, the high temperature Monday in Chula Vista was 86 degrees.

There's a news video here.
Posted by arbroath at 6:07 am
Email ThisBlogThis!Share to TwitterShare to Facebook