A retired Russian army dog trainer who left the military to become a farmer claims he's managed to train his four-year-old dog to be a bigger help than any farm hand. 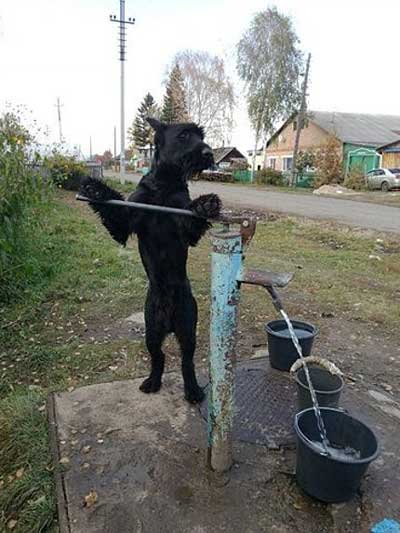 Alexander Matitsyn, 47, said he had purchased the Giant Schnauzer which he called Lemon, despite the fact it was dark black, and had decided to train it to see what it could do.

He said: "I made him carry the bucket to get water from the yard because we aren't on a mains water supply here, and before long he was carrying the bucket himself, hooking it on the pump and then standing on the lever so that the water comes out and then bringing the bucket back without spilling it." 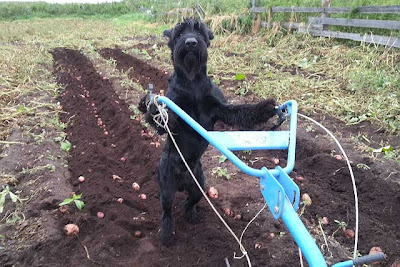 He said that in addition to that, Lemon was capable of driving his skiddoo on his farm on the outskirts of the city of Tara in Omsk Oblast, and can also keep a plough in a straight line when it comes to harvesting or planting crops. He added: "He loves to learn and try out new things and never forgets a trick. I learned about training animals in the army and it was only as a small hobby that I tried to train him and was amazed by the results."
Posted by arbroath at 6:01 am
Email ThisBlogThis!Share to TwitterShare to Facebook