A man from North Kingstown, Rhode Island, Washington County, who was in the habit of stopping his car to tell blonde jokes to random women as they walked or jogged down the street has been told to desist and find another venue for his comedy act. Though the jokes weren’t sexual in nature, police said, the women who reported the incidents said they felt uncomfortable every time he drove up in his car and stopped to tell them blonde jokes.

On Sept. 6, North Kingstown police took reports from two North Kingstown women who said they first encountered the man in July. He was driving a grey Chrysler and stopped along side the women, both blonde, and told them he wanted to tell them a joke. He told the joke and then left when they started walking away, police said. The women said they’ve run into the same person several times since them and he continues to stop to tell them jokes. 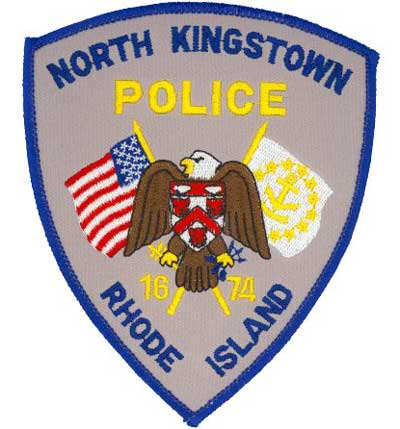 And they weren’t laughing, for a number of reasons. “They both stated he tries to tell them the same jokes,” according to a police report. Last week while the women were walking, he reportedly stopped to tell another joke and “he put the vehicle in reverse and was backing his vehicle up as he attempted to tell the joke to them.” He then apologised and drove off.

One of the women said she was worried because her daughter told her the man, who was identified by police by his license plate, had been doing the same thing to female runners on the high school cross country team. Police responded to the jokester’s house later on Sept. 6 and in the presence of his wife, told him the women were uncomfortable to the point they felt the need to report it to police. He was advised to avoid the two women and the cross country team. Police said the man could be arrested if he continued telling jokes and he reportedly said he understood and would stop. The matter was documented.
Posted by arbroath at 6:02 am
Email ThisBlogThis!Share to TwitterShare to Facebook

"and in the presence of his wife". That is the funniest line of the article. I want to know what happened after the police left.

I don't imagine it was anything good.

Bigotry is unacceptable whatever the target.