A man who hid from police in the basement of his house in Onoway, Alberta, Canada, for 17 years was sent to prison on Friday. Benjamin Louis Young was wanted on a Canada-wide warrant since 1995, when he abducted and beat a man he believed stole two pounds of marijuana from him. Young assaulted the man with a phone book, killed his dog and nearly chopped off two of his fingers. Several members of Young’s gang were tracked down and arrested over several weeks. Young decided to hide in his own house. “He quite literally lived in the basement of the home for 17 years,” defence lawyer Peter Royal said.

While Young’s wife went to work, he helped raise their two children and did household chores during his self-imposed exile. “I cannot imagine why, for 17 years, police didn’t visit his home, because they would’ve found him there,” Royal said. “It’s unbelievable.” The Alberta Law Enforcement Response Team’s fugitive apprehension unit finally found Young at his home in October 2012. Young was 33 when he went into hiding. He is now 52. In the prisoner’s box, Young said he is no longer the man he once was. “My first lawyer told me that if I were you, I’d put as much time between these charges as you can and I did that to the best of my ability,” Young told court. 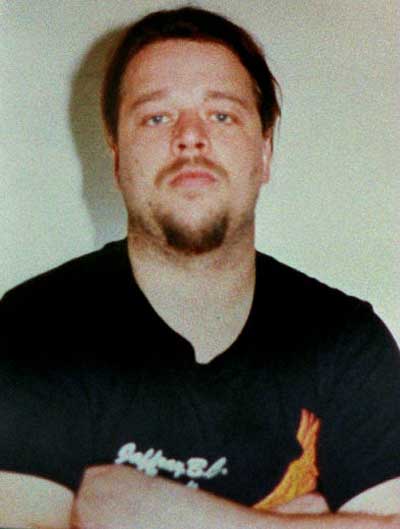 “I knew someday I’d have to give my pound of flesh.” Royal, who was not Young’s lawyer in 1995, said his client wants to live a normal life and run a landscaping business. On Friday, Young was sentenced to three years in prison after he pleaded guilty to assault causing bodily harm, extortion and killing an animal. “We had been looking for him for years,” said RCMP Cpl. Colette Zazulak after the 2012 bust. According to agreed facts, Young believed that Shane Letwin had stolen two pounds of marijuana from Young in August 1995. Young was a “mid-level marijuana dealer” and the leader of his accomplices, Royal said. Young, known as Benny, and his gang abducted Letwin from his Edmonton apartment and forced him to eat a butter tart laced with LSD as a type of truth serum.

The group took Letwin, then 29, to a Spruce Grove acreage where his bull terrier was boarded. Young shot the dog five times with a handgun. Letwin was then taken to an abandoned shed near Calahoo, handcuffed and beaten with a leather sap and a phone book. “This was several years ago, when we had phone books,” Crown prosecutor Christian Lim told court. The gang moved Letwin to Young’s home, beat him with a snowmobile belt and held him overnight. He was released the next morning near the Royal Alexandra Hospital and warned not to call police. Weeks later, Young slashed two of Letwin’s fingers to the bone and stole his stereo equipment as payment of the debt. Young warned him to keep quiet or “he’d shoot him like he did the dog,” Lim told court. In 1995, police warned the public that Young was considered armed and dangerous and should not be approached. He was on the RCMP’s most wanted list for years.
Posted by arbroath at 6:04 am
Email ThisBlogThis!Share to TwitterShare to Facebook

It must be nice to get out and have a change of scenery. This article shows just how imcompetent the police can be.