A 21-year-old man who allegedly tried to steal two bottles of beer from a convenience store in Beaverton, Oregon, ended up wearing just his boxer shorts after the store owners wrestled with him. 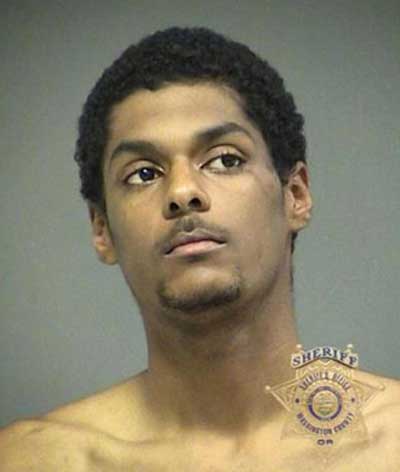 The co-owners of Best Mart grabbed hold of Solomon Yemane-Berhane soon after one prevented him from walking out the front door late on Nov. 9. The three tussled for about three minutes as the store owners attempted to detain him, while at least two customers stood and watched.

Yemane-Berhane eventually managed to slip out of the grip of the husband and wife owners, after losing his jacket, hat, shirt and shorts in the process, and sprinted out of the door. He came back moments later to pick up his jacket and again left. The owners had followed Yemane-Berhane out the door after he managed to elude them. The two other people in the store left soon after, as well.

Broken beer bottles, overturned displays and merchandise were strewn throughout the store after the scuffle. Police arrested Yemane-Berhane nearby. Yemane-Berhane was indicted last Friday by a Washington County grand jury on charges of resisting arrest, assaulting a police officer, third-degree robbery, third-degree criminal mischief, third-degree theft and fourth-degree assault.
Posted by arbroath at 6:06 am
Email ThisBlogThis!Share to TwitterShare to Facebook

Here's this thieving p***k assaulting a woman and they stand there and do nothing. Lock them all up.

Looks to me like the woman was assaulting him.