The father was told to pay the 8,000 kronor for putting other people's lives in danger. 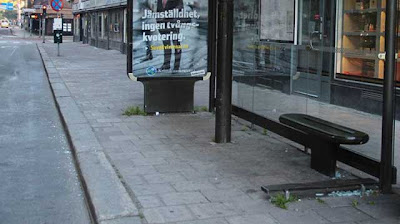 The incident occurred in mid-September, when the father briefly left the child unattended in the car.

The boy then managed to turn the ignition key and rammed the vehicle into a bus shelter. Two people sitting at the shelter and the three-year-old driver were all unhurt.
Posted by arbroath at 6:03 am
Email ThisBlogThis!Share to TwitterShare to Facebook