A strong sense of civic duty landed a resident of Malta in hot water on Monday, as he was arrested for filling two potholes with concrete at City Gate in Valletta to prevent pedestrians from tripping. 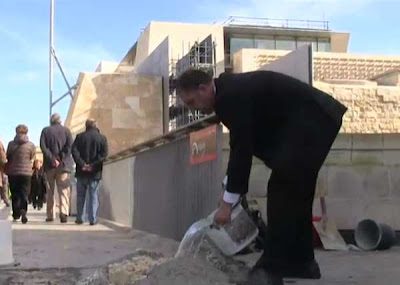 Wearing a brand new black suit but no tie, Ivan John Grima Hammett turned up at the landmark spot in the capital at around 10.30am equipped with a shovel, cement and several buckets of aggregate material and water. 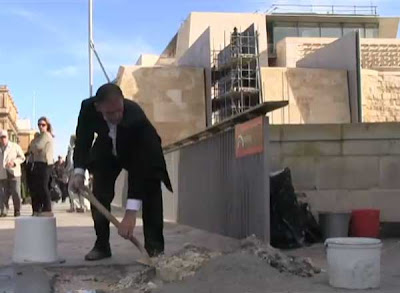 The sight of a neatly dressed man mixing concrete next to the City Gate bridge soon caught the attention of passers-by, some of who commended his initiative. However, his resolve was put to the test when the police turned up a few minutes later ordering him to stop as he had no permission to carry out the work. 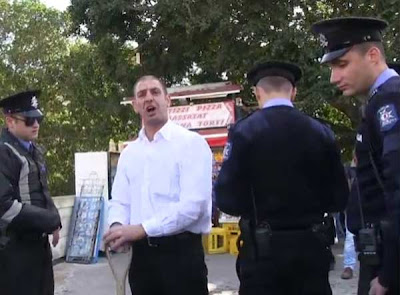 Following a brief exchange, the man turned to the small crowd for support. Eventually the ‘project’ was completed, with Mr Grima Hammett inscribing the word ‘Jesus’ in the fresh concrete, remarking that his action was inspired by God. At this stage the police intervened and took him in for questioning following a brief commotion. He was released soon after.

With video.
Posted by arbroath at 6:03 am
Email ThisBlogThis!Share to TwitterShare to Facebook

The twist: He got charged with vandalism for writing 'Jesus' in the concrete. :v