Police in Cambridgeshire caught and arrested a motorist after receiving reports he had been driving around with only three tyres. 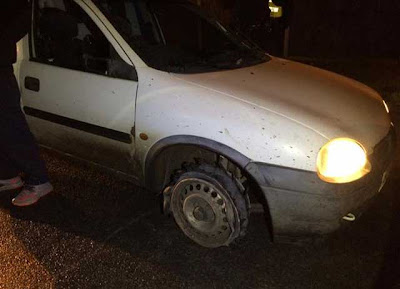 The arrest took place at 1.20am on Saturday after the van had been spotted in March. “Officers were quickly in the area and found a white Vauxhall Van being driven by a male,” said a police spokesman.

“One of the vehicle's tyres was missing and was being driven on the rim of the wheel. The vehicle was seized by the Roads Policing Unit and an immediate road worthiness prohibition (PG9) was placed on the vehicle.” 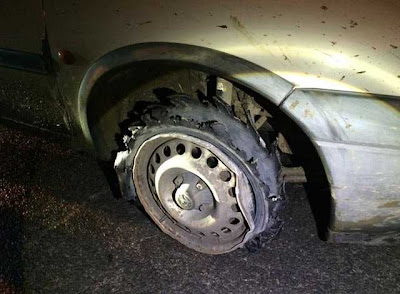 The spokesman added: “The male driver was reported for a number of different offences and will be summoned to court at a later date.”
Posted by arbroath at 6:02 am
Email ThisBlogThis!Share to TwitterShare to Facebook