A ukulele player accused of carrying out a sex act at his window has been cleared after telling a court he may just have been tapping out a tune. Several neighbours told the court they had seen Dean Gilmartin naked and masturbating in clear view of the street on more than one occasion. Father-of-two Gilmartin admitted being naked in his home while getting changed and claimed the witnesses may have mistaken him drumming a beat for a sex act. The 25-year-old told Perth Sheriff Court: "It would be speculation. I have no definite explanation, but I play a lot of musical instruments and I'm a bit of a tapper.

"My hands are always jittering about. I could have been tapping away. I play keyboard, guitar and ukulele. I move my hands about. I do that a lot. It's the only reasonable explanation I can think of. There is a chance they could have seen me in a state of undress. I was putting away washing." Asked if he had ever taken his penis out in public view at the window, Gilmartin replied: "Not that I can remember. It's not something I would do." One witness told the court she had clearly seen Gilmartin with his genitals in his hand from almost 100 yards down the street. Another said she had seen him making a "side-to-side" motion with his hands. 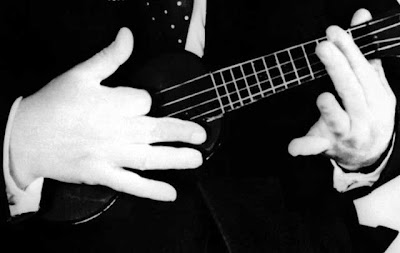 Gilmartin's partner Emma Ramsay, 25, who was in the couple's new home with him at the time, said: "I don't believe it at all. I just think it's unbelievable." Fiscal depute, Tina Dickie, told the court: "Five Crown witnesses gave evidence clearly. They came to court and had no axe to grind because they don't know this man. The accused was recklessly indifferent to whether his actions could be seen that day. He didn't care that members of the public could see him." Solicitor David Holmes, defending, said: "Nobody could deny it would have been better for the curtains to have been drawn. His partner said that the very next day they put blinds up in that room. He never leaves his house during all of this.

"At no stage is any witness able to say he has got an erect penis. He says he is moving his hand about because he has got the habit of tapping." Gilmartin, of Strathtay Road in Perth, Scotland, denied three charges of indecency at his home by exposing himself to a number of people on August 17 and 31 last year. Sheriff Fiona Tait said she found the Crown witnesses broadly credible, but added that she was prepared to give Gilmartin the benefit of the doubt. He was found not guilty. Sheriff Tait said: "I am quite clear you accept you were naked in the room after your shower. I had no particular difficulty with the Crown witnesses. I am left with a doubt arising from the defence evidence and you are entitled to the benefit of that."
Posted by arbroath at 6:00 am
Email ThisBlogThis!Share to TwitterShare to Facebook

How big does a penis have to be, to be seen clearly from a hundred yards away?

Tiny Tim our ukulele man is not!