Children in Brixton, London, have come up with a clever solution to help Pedro the pony see over his stable door. 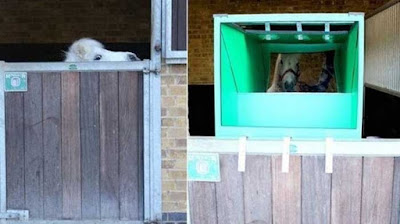 Pedro the Shetland Pony moved into the Ebony Horse Club a year ago but they only had full sized stables to house him in. 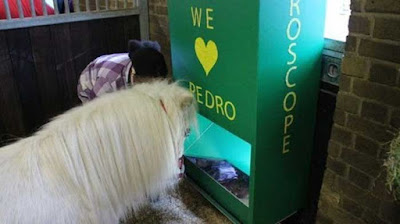 At just over a metre tall, Pedro can't see over his stable door. A group of school children were invited to come up with a solution. Building a new stable was too expensive, so the team came up with a clever idea.

They designed The Pedroscope, a periscope, which uses mirrors to let Pedro peek over the stable door. The club is now trying to raise money to build Pedro a new Pedro-sized stable.
Posted by arbroath at 6:00 am
Email ThisBlogThis!Share to TwitterShare to Facebook