Police are appealing for information after three men, believed to armed with a handgun, held-up a delivery van containing 700 loaves of bread. The incident happened in the early hours of Monday in the Malpas area of Newport, south Wales.

Detectives say a bakery driver was making a delivery when the men, described as black and wearing dark clothing, walked out in front of the vehicle. One of the men, who was brandishing what appeared to be a gun, demanded that the driver give them the van. 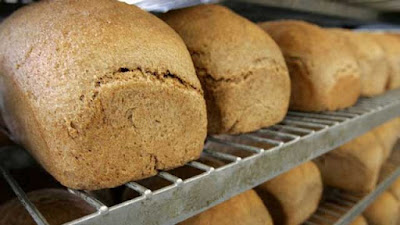 The driver complied, and the men drove off in the vehicle. The white van contained 700 loaves of bread. Police say the delivery driver, a 38-year-old man from Ebbw Vale, was uninjured but shaken by the incident.

A spokesman for Gwent Police said: "There haven't been any other incidents like this in the area, police patrols have increased and anyone with any concerns is encouraged to contact their local officers. If anyone has information about the crime that could assist the investigation they are asked to call Gwent Police."
Posted by arbroath at 6:00 am
Email ThisBlogThis!Share to TwitterShare to Facebook

Of course, were it a TastyKake truck and were the objects Butterscotch Crimpets, then I _could_ understand ...