A man who stabbed a colleague in a row over an onion ring was spared jail on Monday. Diamond drill specialist Mark Lawson flew into a rage and stabbed the victim with his steak knife for taking an onion ring instead of a potato chip during the food fury attack in a restaurant. A court heard that Lawson saw red at a staff Christmas party when he offered his chips to colleagues but they started taking his onion rings instead. Lawson lost his temper and in a fit of rage stabbed work colleague Simon Myers, who was sitting next to him in the Wetherspoons public house in Newbury, Berkshire, through the leg with a steak knife. Prosecuting Simon Blackford told the court that the 44-year-old father had been drinking with his colleagues at a work Christmas party when he ordered a burger, chips and onion rings. “The defendant was drinking at an event which was financed by his place of work,” he added. 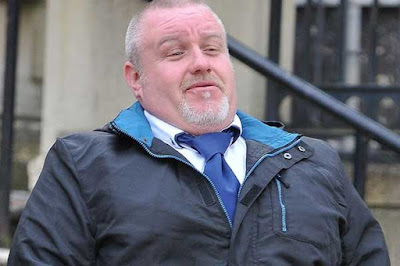 “The defendant ordered a burger and chips and onion rings and some of his colleagues, including Mr Myers, took an onion ring and that gave rise to a somewhat explosive reaction. The defendant said ‘don’t you come between me and my onion rings’ and there was clearly some talk about that,” said the prosecuter. Mr Blackford told the hearing at Reading Crown Court that after giving away some of his chips at the Diamlond Tap public house, Lawson flew into another fit of rage when they joked about taking more of his onion rings. “One or two colleague, not Mr Myers, started making as if to take another one of his onion rings,” he said. “The defendant again reacted in a very loud way to what was happening and he pulled up his fist and brought it down on the thigh of Mr Myers sitting next to him and his fist was holding a steak knife.” The knife tore into Mr Myers’ leg, causing a nasty and bloody wound nearly two inches deep, in front of a pub full of horrified revellers in December last year.

However, John Simmons, defending, said that Lawson, of Thatcham, had been battling a drinking problem, visiting Alcohol Anonymous to help him get sober. Mr Simmons said that his client had thought about not going out on the night in question because he had been clean for six months and now regrets his decision to drink. “This is an incident that started out as a joke but didn’t end up that way,” he added. “He had abstained from alcohol for six months so this was a one-off. He hasn’t drunk from that day to this.” Appealing for a suspended jail sentence Mr Simmons told the court that Lawson had apologised to Mr Myers and the two had been very mature about the bizarre attack. “The victim in this case was someone who worked with Mr Lawson,” he added. “The potential for bad blood was ever present. Thankfully neither the victim nor Mr Lawson has taken this incident to heart. Both men are regarding it absolutely as what it was - an odd one-off. If he is committed to immediate custody then he loses his job.” 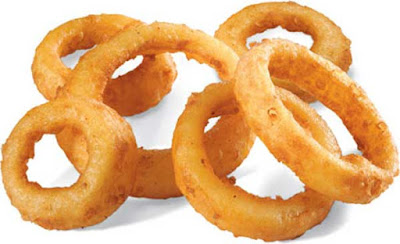 Mr Recorder Patrick Hamlin accused Lawson of putting his steady job and working life in jeopardy by drinking too much and carrying out the “bizarre” food fury attack. “You lost your temper with a fellow employee over a bizarre issue - the stealing or a joke about stealing the onion rings from your plate. You were incensed by that conduct and you stabbed your fellow employee in the leg.” However Mr Recorder Hamlin told a visibly relieved Lawson that he could spare him jail and sentenced him to a six month prison sentence suspended for a year as well as a 12-month curfew. “I am not regarding this as a case, that happens unhappily so often, when someone goes out armed and for a fight,” he added. “This is a case where you had a knife in your hand simply to eat your meal. It is an unusual case, you acted out of character.” The Recorder also ordered Lawson to pay £250 in compensation to Mr Myers and £350 towards prosecution costs.
Posted by arbroath at 6:01 am
Email ThisBlogThis!Share to TwitterShare to Facebook