A man from West Albury in New South Wales, Australia, involved in a wild drunken rampage earlier this year was sentenced to a 14-month jail term on Tuesday. Magistrate Tony Murray imposed a minimum term of seven months backdated to January 8 when Cham Payne, 18, appeared in Albury Local Court for sentencing on charges of affray, assault occasioning actual bodily harm and being armed with intent to commit an indictable offence.

“This is a bad example of these type of matters,” Mr Murray said. Solicitor Kate Bleasel represented Payne and said it was a tumultuous evening, with Payne involved in quite serious offending. The court was told in tendered police documents there were several minor incidents between two Aboriginal families on the evening of January 7 involving an assault and bottles being thrown through a window. A fight broke out at about 12.45am on January 8 with about 10 people in the front yard of a home. 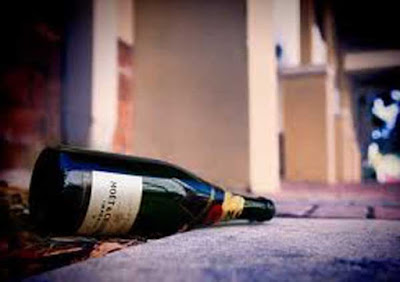 It continued inside the house and two people received serious injuries with knives, wooden weapons, bottles and a carving fork used. Police attempted to separate the intoxicated participants, including Payne. He had no shirt on, was yelling threats to others, and eventually walked off. He was carrying a back pack with stubbies of heavy beer inside it when he was abused by one of the residents in the street. Payne took out a stubby and struck the man to the side of the head, causing the glass to break.

The blow had no real effect so Payne took out another stubby, hit the victim again to the head and knocked him unconscious. A number of people started chasing Payne down the street, but he obtained a large knife from an unknown source. Police were trying to control the pursuing group when Payne came back with the knife. One officer drew his pistol, demanded Payne drop the knife and another officer prepared to hit him with a baton. Payne dropped the knife and was arrested. Mr Murray said thankfully for everyone Payne had dropped the knife.

There's an audio report about an earlier court appearance by Cham Payne on this page
Posted by arbroath at 6:05 am
Email ThisBlogThis!Share to TwitterShare to Facebook