A man disguised as a woman and armed with a "homemade machine gun" has robbed a service station in Melbourne, Australia. 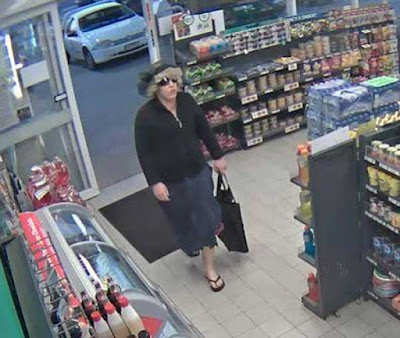 The cross-dressing thief entered the service station in Taylors Hill at about 7:30pm last Monday.

Police said he confronted a staff member with "what appeared to be a homemade machine gun" and demanded money. The employee handed over cash before the thief fled the store. 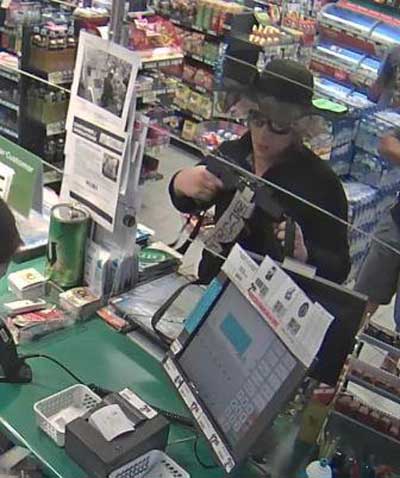 There were customers in the store at the time but no-one was injured. Police have now released two images of a man that may assist with their enquiries.
Posted by arbroath at 6:02 am
Email ThisBlogThis!Share to TwitterShare to Facebook