Earthworms rain from the sky over Norway

Earthworms have been raining down over large areas of southern Norway, leaving biologists and meteorologists scratching their heads. Biology teacher Karstein Erstad was out for a ski in the mountains outside Bergen on Sunday when he came across the unusual phenomenon. “I saw thousands of earthworms on the surface of the snow,” he said. 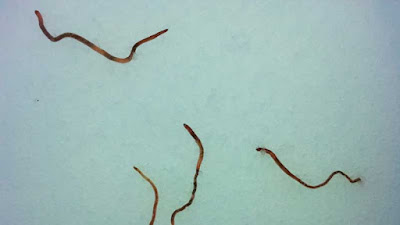 “When I found them on the snow they seemed to be dead, but when I put them in my hand I found that they were alive.” At first he thought that they had perhaps crawled though the snow from the ground beneath, but on reflection, he rejected this idea. “In many places, the snow thickness was between half a metre and a metre and I think they would have problems crawling through the cold snow.”

Since Erstad’s discovery reports have flooded in from across southern Norway, with sightings of worm rainfall in Lindås and Suldal near Bergen, and as far away as Femunden on the Swedish border. “People have now observed the same phenomenon in many places in Norway,” Erstad said. “It’s very peculiar, I don’t know why so many people have discovered it. 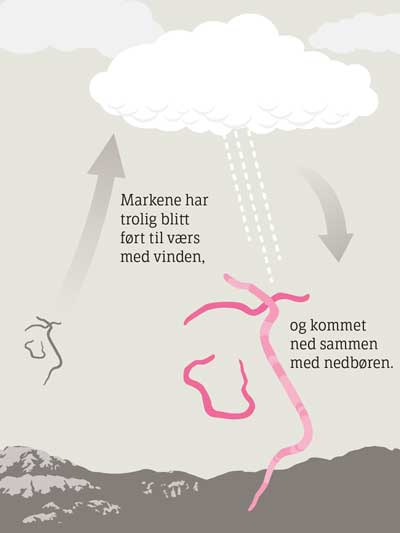 “I don’t know if there have been some special weather conditions lately.” Erstad has found reports of the worm rainfall phenomenon taking place in Sweden in the 1920s. It is though that the worms are lifted by the wind before falling with the rain. “It’s a very rare phenomenon,” he said. “It’s difficult to say how many times it happens, but it has only been reported a very few times.”
Posted by arbroath at 6:03 am
Email ThisBlogThis!Share to TwitterShare to Facebook

I remember hearing a similar story years ago. After an online search, I found that story here...

Thank you for that!