Authorities in Taylor County, West Virginia, say a freak accident claimed the life of an elderly woman over the weekend.

The sheriff's department says the 74-year-old woman was disposing of a groundhog carcass that she shot and killed when she fell over a steep embankment off Route 44. 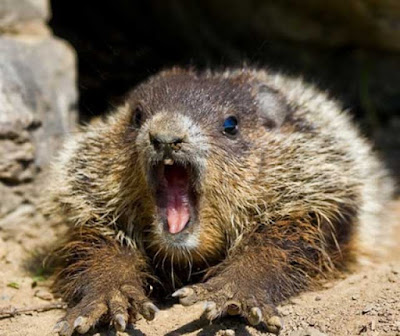 Sheriff Terring Skinner of the Taylor County Sheriff's Department said her son discovered her body at around 7pm on Saturday night. Grafton firefighters had to rappel down the hill to retrieve the body.

Authorities say no foul play is suspected and that it appears her death was accidental. The woman's body was sent to the State Medical Examiner's Office to determine an exact cause of death. The woman's name has not been revealed.
Posted by arbroath at 6:05 am
Email ThisBlogThis!Share to TwitterShare to Facebook