An Australian cattle farmer who has erected a hay bale sculpture depicting a bull serving a cow has been ordered to take it down and could face obscenity charges. Bruce Cook, owner of Kactus Point Charolais stud erected the sculpture on his farm on the Murray Valley Highway at Lake Charm near Kerang in northern Victoria as “a bit of fun.” 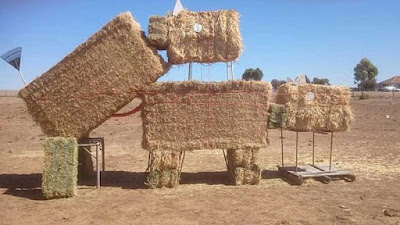 But after someone complained that the sculpture was offensive and obscene Mr Cook received a call from a police officer telling him he had to take it down and that he could be charged with 'publishing pornographic images'. “I couldn’t believe it. How could anyone be offended by something that happens out in the paddocks for real every day of the week? It’s just nature,” Mr Cook said. Since he built the sculpture on Good Friday, dozens of cars and trucks had stopped to admire it and have a bit of a chuckle, he said. 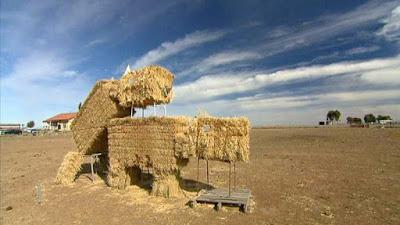 But a defiant Mr Cook said he refused to take it down and in fact plans to light up the sculpture at night so it can seen for longer by passers-by. And he was going to add some calves to the sculpture very soon. “I told the copper to piss off. They have picked on the wrong person. I don’t care what they threaten me with. The sculpture stays,” he said. Mr Crook said he was not angry just totally amused by the fact someone could find an arrangement of hay bales offensive. 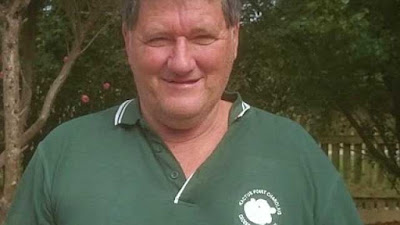 “It’s just a stack of hay bales as far as I’m concerned,” he said. He said he found it hard to believe in this day and age there could be laws preventing such a harmless bit of fun. A spokeswoman for Victoria Police said police were notified of a complaint about the hay bale sculpture and had spoken to all parties concerned and were currently making enquiries.

There's a radio interview with Mr Cook on this page.
Posted by arbroath at 6:01 am
Email ThisBlogThis!Share to TwitterShare to Facebook

Filth is in the eye of the beholder. Although how anyone can think of animals breeding as filth is beyond me.