First responders in Centre County, Pennsylvania, made an unusual rescue on Monday after reports of a child stuck 30 feet up in a tree. The curious 5-year-old had climbed a tree in Orchard Park and once he got up there, he couldn’t get down. 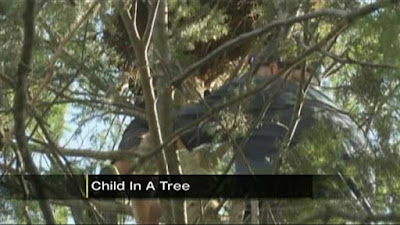 Mercedes Jones watched nervously as emergency crews from Alpha Fire Company and the State College Police Department talked to her son Landon as he was stuck up in the pine tree. “He saw a squirrel nest and wanted to see inside of it,” Jones said. 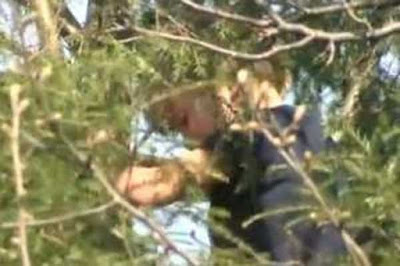 Jones said it only took her son a few minutes to reach nearly the top of the tree, and once he got there, she said he looked down and decided he wasn’t going anywhere. Alpha Fire Chief Jeff Martin was one of the first on scene. He climbed up to keep Landon company while waiting for a ladder truck. “I told him I used to climb trees a lot when I was a kid,” Martin said.

But the ladder wasn’t needed. After a few minutes of talking and realising that Landon wasn’t upset, Martin and two State College police officers worked the little boy down, one limb at a time. “He’s going to have a good time telling his dad this story tonight,” Jones said. Although he was stuck in the tree for nearly an hour, Landon was fine.
Posted by arbroath at 6:05 am
Email ThisBlogThis!Share to TwitterShare to Facebook

That is the coolest rescue story ever! How brilliant to talk to the boy and help him climb down by himself. Kudos to the rescuers!