A woman suffered a serious head injury on a highway in Lincoln County, Oklahoma, in the early morning hours of Tuesday. Lincoln County Sheriff Charlie Dougherty says that three women, all just under 21, were severely intoxicated and ended up doing some pretty bizarre and dangerous things. 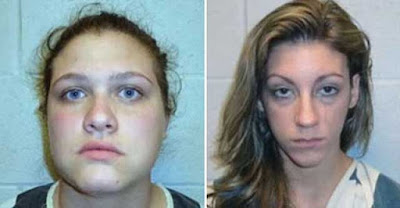 “We were looking at somewhere around 10 minutes,” Dougherty added. “Fifty five miles an hour, and you haven't seen her in about 10 minutes, maybe?” Dougherty said. “You've covered a lot of ground.” They eventually found her and called 911. That passenger was airlifted to OU Medical Center with head injuries.

The other two, Shelby Soderstrom and Holly Ingraham, were taken to jail. “We arrested both of them for DUI, because they both had control of the vehicle,” Dougherty said. “So, that's a first. I've never seen that happen.” Both have bonded out of jail, and the case has been turned over to the district attorney.