Authorities say a woman in Lee County, Georgia, was accidentally shot by her son-in-law while he was shooting an armadillo. The incident had a lot of people scratching their heads, including law enforcement. "Just the circumstances, just all the way around, the whole situation was unusual," said Investigator Bill Smith with the Lee county Sheriff's Office. The shooting happened on Sunday night. Lee County Sheriff's deputies said 54-year-old Larry McElroy was outside when he fired his 9 mm pistol at the armadillo. 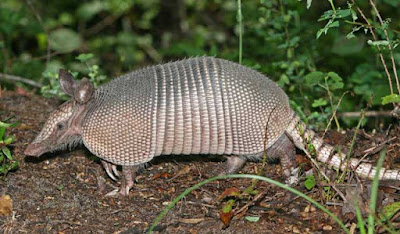 The bullet killed the animal, but also ricocheted off of it, hit a fence, went through the back door of his mother-in-law's mobile home, through a recliner she was sitting in, and into her back. According to a report, McElroy was about 100 yards away from the home at the time. McElroy's mother-in-law, 74-year-old Carol Johnson was fortunately not severely injured. "She was walking around on her own power and talking," said Smith.

"It didn't appear to be too severe. They took her to Phoebe North [hospital]." James Morgan, the Dougherty County Extension Coordinator said they actually recommend shooting armadillos for residents that live in the county, or a trap can be used to capture them. "At first I ask if they live in the city or county, because shooting is an effective way of getting rid of them. However, you have to be safe when you do that," said Morgan. 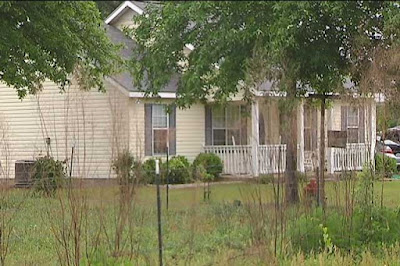 Authorities also suggest using a shotgun to possibly avoid a situation as happened on Sunday. "I really think if they're going to shoot at varmints and whatnot, maybe use a shotgun.. with a spread pattern with a lot less range," Smith said. "At first I ask if they live in the city or county, because shooting is an effective way of getting rid of them. However, you have to be safe when you do that," said Morgan. Another option to get rid of armadillos is using grub pesticide, which kills the insects that armadillos are usually trying to get to. No charges were filed in the case.

Does anybody know why they kill armadillos? I did look it up and the only thing I found is because it can carry leprosy.

It's because they burrow and kill plants and trees.

It also states that armadillos spend about 80% of their lives asleep.

Having been raised in the rural South I can tell you the locals like to shoot things.

Squirrel: shoot it.
Rabbit: shoot it.
What is that? Shoot it and we'll go see.

I thought the super superior Stateside people believed in god ? Their money says they trust god, so I sorta think they believe in it.
Now, by my limited understanding of the god stories, he made all the animals in the world (just this world, as far as I can figure, not the billions of other worlds out there in the sky) and gave man dominion over them.
I don't see in the god handbook where it says 'you will kill any of my creatures that annoy you by walking through your garden' but then, I am not a religious scholar.
Seems to me anyone that defaults to killing something has some serious issues going on.
I point you towards Rebecca Francis, the pretty outside but very, very ugly inside, woman who goes around the world killing defenceless, innocent animals, and the comedian Ricky Gervais' comments to her on Twitter "What must've happened to you in your life to make you want to kill a beautiful animal & then lie next to it smiling?"