The US Navy and West Australian police are investigating after a US sailor broke both of his legs after jumping from the 10th level of an inner-city Perth hotel and landing in the pool, eight levels below. 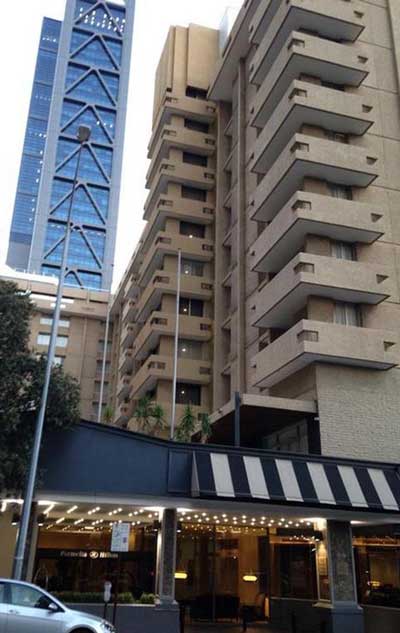 Police were called to the Parmelia Hilton at about 1am on Monday after the 22-year-old man leapt from the 10th floor and landed in the hotel’s pool on the second level. A police spokeswoman said the sailor, off the USS Carl Vinson, had been involved in a loud and possibly drunken argument with a woman in a tenth floor room before jumping. 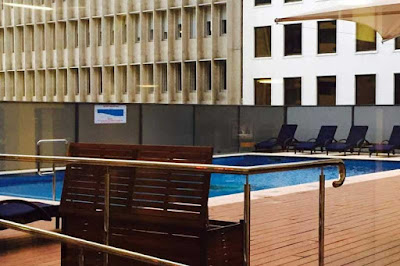 A witness staying on the eighth floor said they heard a loud splash followed by repeated loud screams about 10 seconds apart. "One of the hotel staff came out, tried to help the guy, the guy was very abusive towards the hotel staff member," he said. "He kept swearing at him, telling him not to touch him, keep his hands off him."

The witness said the abuse continued once paramedics arrived. A Western Australian Ambulance Service spokesman said the man suffered "injuries to both legs... and was in a stable condition". The man was driven to Royal Perth Hospital for further treatment. The US Navy is now leading the investigation.

With additional eyewitness video interview.
Posted by arbroath at 6:02 am
Email ThisBlogThis!Share to TwitterShare to Facebook

Didn't he also break some kind of record for surviving a tall drop? Let's be fair here, folks ...