The trial of a man who has been accused of tearing women's teeth out with pliers while having sex with them, began at Wellington District Court in New Zealand on Tuesday. Wellington man Philip Lyle Hansen, 56, is facing 11 charges, including assault and sex charges, some of which involved using pliers to pull out teeth from three separate victims. It is alleged he would also put his hand into the mouths of victims and wiggle their teeth during sex. Hansen has pleaded not guilty to the charges, which span over a period of more than 20 years from 1988 to 2011, and are said to have occurred at various locations in the Hutt Valley area in Wellington. The court heard how a woman had six of her bottom teeth removed with pliers, and her wisdom teeth removed with a screwdriver.

A police video, recorded in 2012, was played to the jury of nine men and three women. In the video, the woman, whose identity has been suppressed, explained how she took a drive with Hansen one evening. She said they parked up, and moved to the back seat of the car, to have sex. She alleges Hansen then pulled out a pair of pliers, and an oily rag. She alleged that while holding her against the door, Hansen then removed six of her bottom teeth with a pair of pliers, and threw them outside the car window. He used the oily rag to stop the bleeding, she said. The woman alleged Hansen told her to open her mouth, before he began to remove her teeth. "I think at the time he said he didn't like woman with bad breath and smokers." 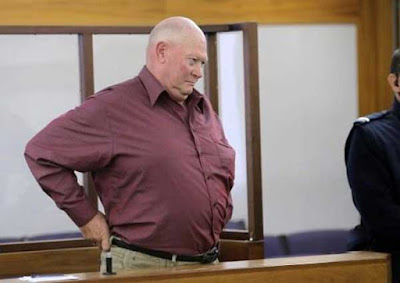 The woman said although she had been drinking, she did not consider herself to be 'heavily intoxicated'. "After that sixth tooth came out I got him to stop... I was getting sore and I didn't want him to go any further. That was the start of the rest of my teeth coming out." She said she later had her remaining teeth removed at a dentist, at Hansen's request. Once her teeth were removed, and dentures were fitted, she said her wisdom teeth started to come through. She alleged Hansen removed her wisdom teeth with a screwdriver. "He had a screwdriver in his hand, he then tilted my head back... after that he had grabbed the screwdriver and started digging at the back of my gums to try and get out these wisdom teeth."

She said he gave her a glass of whisky to "dull the pain". The woman also alleged that Hansen would destroy her dentures, by snapping them, or flushing them down the toilet and blaming the cat. The woman said while this was going on, she was too "afraid" to say anything. Earlier, in her opening address, Crown prosecutor Sally Carter said throughout the trial the jury would hear evidence about Hansen's bizarre fascination, and obsession, with women's teeth. "[He] bizarrely had a fascination with their teeth, or a fascination or obsession with them not having any teeth. He liked his women without teeth." Ms Carter told the jury that Hansen liked his women to be "gummy ladies". Hansen was arrested in December 2012. His name suppression was lifted in September last year. The trial before Judge Bruce Davidson is expected to take two weeks.

Who wants to bet that there's a name for this type of sexual psychopathy?

After the _sixth_ tooth? Seriously?
Seriously???

I've actually heard of this before. Don't ask me how I know. But yeah, guys who are into "gummy ladies," as the article so eloquently puts it.

I can't really comprehend these events...

Perhaps this guy had some sort of traumatic childhood experience associated with the tooth fairy?

Oh, the tooth fairy. If you want to have a fabulously demented view of the tooth fairy for the rest of your life, read the book Santa Steps Out. I can't even hear the name tooth fairy without shivering. Incredible book.

I think she's sicker than he is.

I'm with you, Barbwire. I can't even begin to comprehend how somebody could be so desperate as to agree to do this.

Oh, I had to link this. My readers are going to love this one.