A disabled man has branded burglars who broke into his Birmingham home and stole his beloved pet parrot “evil”. Michael Burbridge fought back tears as he pleaded for anyone with information about Charlie, a bird whose repertoire includes swear words, to make contact. 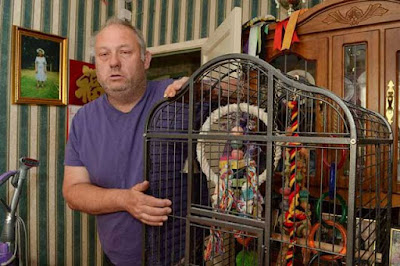 The partially-sighted 49-year-old was left so devastated, he was taken by ambulance to Edgbaston’s Queen Elizabeth Hospital hours after the burglary with a suspected heart attack. Medics kept him in overnight. Credit cards, a laptop and £110 in cash were taken in Saturday afternoon’s raid on the West Heath maisonette. But it’s the loss of African grey Charlie, a pet who welcomed him with a raucous “good morning”, that has hit Michael the hardest. 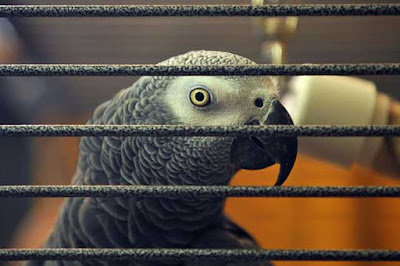 Michael, who is also diabetic, said: “They didn’t have to do that, that’s just evil. They are evil and sick and I can never forgive them. I’m not eating, I’m not sleeping, this has really made me ill.” He’s had Charlie, a parrot capable of turning the air blue by shrieking “f*cking hell”, for six years, paying £695 for the bird. Michael returned home after a shopping trip to discover a front door panel had been removed. 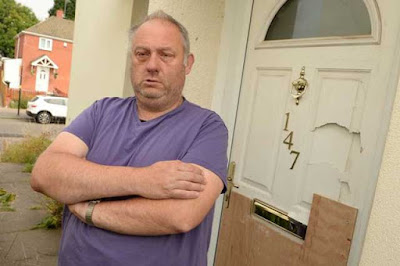 The thieves had rifled through a wallet, but Michael broke down when he discovered Charlie was missing. He believes a cloth left near the cage had been used to grab Charlie. The burglars did not harm Michael’s other pet, budgerigar Peter. “Charlie was like a child to me, he was really good to me,” he sobbed. “Because of my illness, it’s difficult to make friends. Charlie was my companion. I don’t know how he’ll cope. I know he’ll be hungry.”
Posted by arbroath at 6:01 am
Email ThisBlogThis!Share to TwitterShare to Facebook

Stealing someone's pet--especially a well-cared-for pet--is truly being a prick.