Thieves broke into an off-licence in Germany last weekend aiming to find bottle caps that would entitle them to a high-value prize in a contest – and left more than 1,000 bottles of beer they opened untasted. 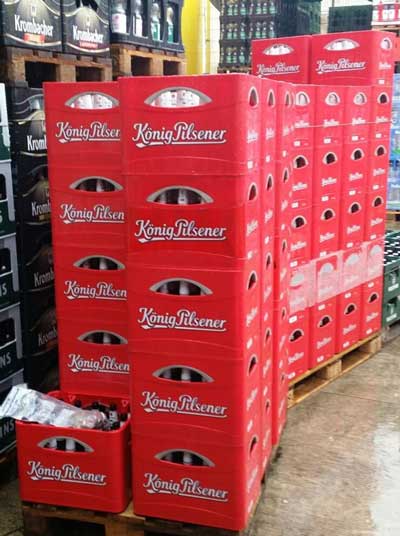 Police in Mülheim, North Rhine-Westphalia say that the thieves headed directly for the part of the shop where pallets of beer from a brewery in neighbouring Duisburg were being stored.

"Apparently, they opened well over 1,000 bottles just to get to the tokens attached to the bottle caps," an officer said. A spokesman for Trinkgut Schmidt KG said that the firm didn't want to comment on the incident until the police had finished their investigation. 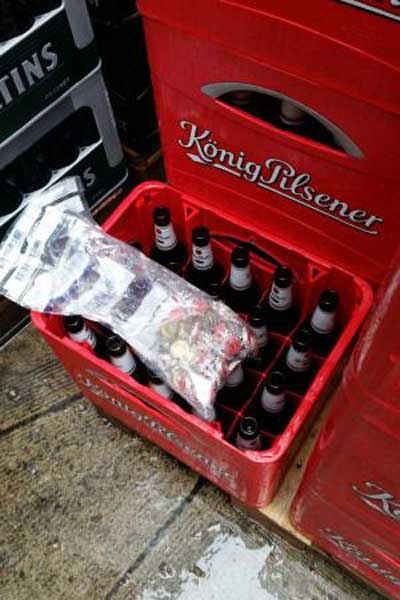 The first responders found dozens of non-winning bottle caps strewn around the floor of the shop, but not a single empty bottle. Police are now appealing for witnesses who might have seen anything suspicious in the area.
Posted by arbroath at 6:02 am
Email ThisBlogThis!Share to TwitterShare to Facebook

What a waste of alcohol. They should be publically flogged.