A man from Sydney, Australia, has been rescued by fire crews after becoming stuck in a washing machine. Bankstown Fire and Rescue were called out to the home in Lakemba to find the man had been trapped in the front loader for at least three hours. His legs were stuck inside the machine up to his waist. 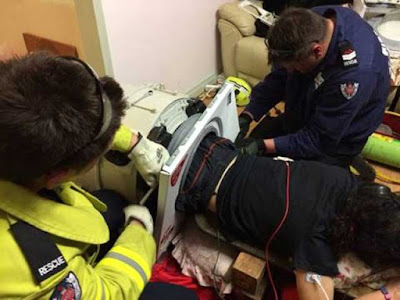 The man, 22, is mildly autistic and had got himself stuck in the machine before, firefighters said. His parents first called paramedics, who sought help from NSW Fire and Rescue. "This job was interesting as the crew had not performed a washing machine rescue before," the crew said on Facebook. 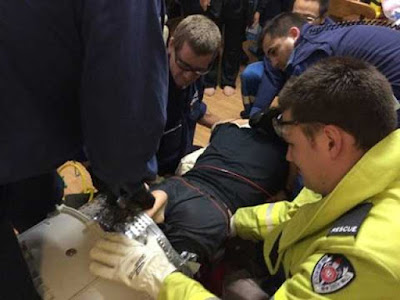 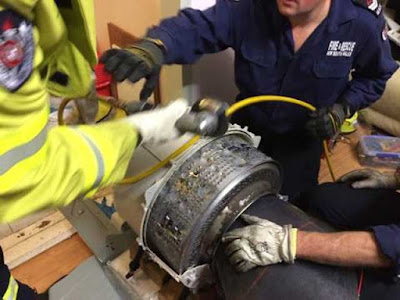 Under the direction of station officer David Cross, the D Platoon crew implemented a plan to extract the patient by disassembling the washing machine. They had to dissect the machine carefully and stabilise the washing drum while the outer mounts of the appliance were removed. 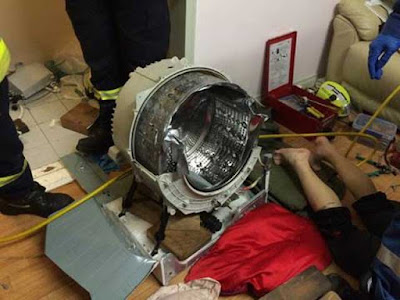 Once the exterior had been removed, firefighters cut away the stainless steel drum to free the man. The rescue took just over an hour and the patient was taken to hospital as a precaution. "It's definitely one of the most unusual jobs we've had," Mr Cross said. The man remained calm throughout the rescue "but he was in a lot of discomfort", he said.
Posted by arbroath at 6:03 am
Email ThisBlogThis!Share to TwitterShare to Facebook