A Connecticut man is accused of kidnapping a man he thought was homeless, then feeding him in his home. Police responding to a home in Danbury just before 6:30pm on Wednesday after receiving an animal complaint were met with a 77-year old man who told them the unusual series of events leading up to the complaint.

He said he'd been pushing a carriage of cans and bottles when another man approached him, and insisted that the man follow him, police said. The victim said the man, identified as David Pope, grabbed him by the arm, escorted him back to Pope's residence and then took him inside. 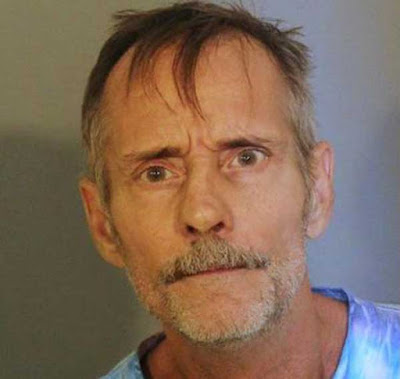 While they were inside the home, Pope's dog, a pit bull or Staffordshire Terrier, bit the victim’s leg. Even after the dog bite, Pope proceeded to feed the victim. At one point, the victim was able to leave Pope’s house without being detected, went to his own house and called police.

When police officers went to speak with Pope, he refused to put his dog away so officers could not safely interview him. When officers did eventually speak with Pope, he appeared to be drunk and said he thought the victim was homeless and was offering him food. Pope was charged with interfering with the duties of an officer, second-degree reckless endangerment, second-degree kidnapping and disorderly conduct.
Posted by arbroath at 6:07 am
Email ThisBlogThis!Share to TwitterShare to Facebook