A couple from Williamson County, Tennessee, are nursing a baby goat back to health. There is more than meets the eye with the special needs animal, helping the family to heal. Out of more than a dozen farm animals, only one gets to live inside Katie Mae and Jeff Vogrin's Franklin home. Goat, Blind Baby June not only is bottle fed, wears diapers, and gets her own room. But Katie Mae Vogrin takes her to work. 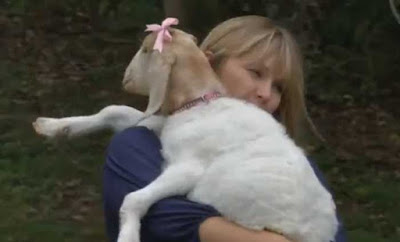 Katie Mae says, "I put her under my desk and she would just sleep there. She’s a livestock animal living in my home.” But life isn't as easy as it appears for June born this summer with leg problems, severe pneumonia and blindness. The goat's mother wouldn't nurse her. Expecting a child of her own Vogrin began caring for baby June. Vogrin says, “ At first I thought it was a total headache, but I live in a place of gratefulness. I am grateful for this little creature … Not even knowing at the time that it would be something that I was going to need." 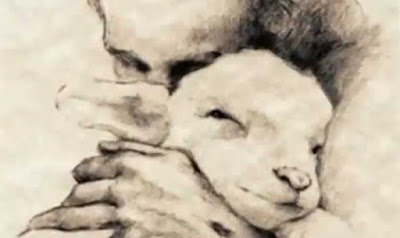 Vogrin had a miscarriage at 8 weeks. She says, “I began to feel really sad. I am lucky to have a support system, but it's a painful process because you feel really alone." Some experts estimate as high as 1 in 3 pregnancies end in miscarriage. Vogrin says, “A cousin friend of mine sent me a picture a Jesus holding a lamb. I kind of pictured God holding me as His lamb, getting me through the pain and saying it's going to be ok you will get through this.” Through her loss, June helped her gain back her life again. Vogrin says, "Her little noise it would get me up in the morning.

“It got me moving because there were days that I didn't want to go to work . I just didn't want to get out of bed. Sometimes you get the support where you least expect it . It was nice to be needed because she kind of filled those empty arms that I was feeling.” Jeff Vogrin says, "Katie has done a tremendous job with June. She would just be a great mom." Right now, Baby June sleeps in the nursery room. The Vogrin’s are trying to raise enough money to build her a special needs barn which costs about $7,000. They’re also fundraising to help June get surgery on her eyes. In the meantime, June can't see her twin brother, Johnny, but she visits him often just outside.
Posted by arbroath at 6:05 am
Email ThisBlogThis!Share to TwitterShare to Facebook