Drunk man thought he'd been assaulted by a hippopotamus

Police were called to an address in Madison, Wisconsin, late on Friday night for a man knocked unconscious following an attack.

A witness stated another man was throwing punches at the victim, a 25-year-old, from Cambria. 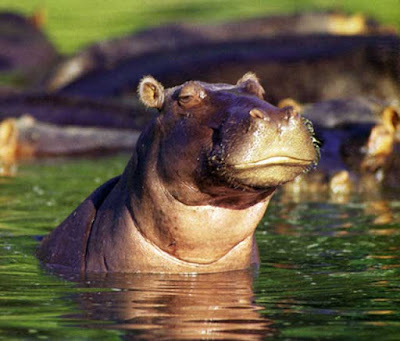 The suspect continued to punch and kick the man after he was down. He suffered broken teeth and needed multiple stitches to close a cut on his head.

The victim was quite intoxicated and didn't know what exactly happened, telling an investigative officer he thought he had been assaulted by a hippopotamus.
Posted by arbroath at 6:04 am
Email ThisBlogThis!Share to TwitterShare to Facebook