It was a heated dispute between neighbours that seemed entirely out of place in their peaceful, sleepy village near Wymondham, Norfolk. But what started as a minor land row, partly centring on the ownership of a hedge, raged on for six months, leaving homeowners in Church Lane, in Wicklewood, without sleep and suffering from stress. But rather than loud music in the early hours, fiery arguments or barking dogs behind the suffering, the disturbance stemmed from a somewhat more unusual noise – the consistent banging of a wheelie bin lid. 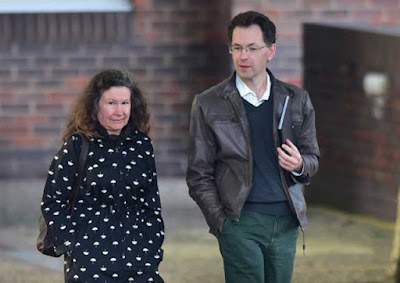 On Tuesday, Norwich Magistrates’ Court heard how Douglas and Julia McPherson, who were found guilty of three counts of harassment without violence each after a trial in September, repeatedly banged the bin lid during the day and night to disturb their neighbours. In a victim statement read aloud to the court, Rosemary Mann detailed how she was considering moving house after being “verbally abused” and suffering “broken sleep” during the harassment, which happened between July and December 2013. She said: “I can’t understand why another human being would want to make another person’s life so miserable.”

The court heard how the McPhersons moved into their Church Lane property, where they still live, in 2008 and bought another house on the street two years later, when a dispute erupted over land, as well as the ownership of a hedge. Prosecuting, Wayne Ablett told how on one occasion 49-year-old Mr McPherson, a romance author who writes under the name of Julia Douglas, saw neighbour Philippa Dransfield and started banging the bin, asking: “How are your nerves?” In a statement read aloud, Mrs Dransfield, the partner of third victim Derek Sang, said: “This has been a nightmare in my life for several years and I’m hoping I can finally move on.” 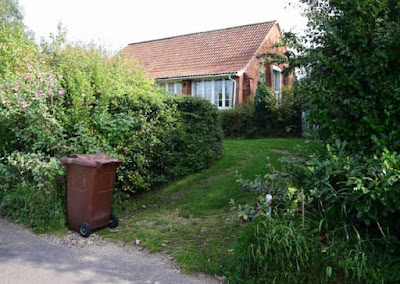 Mitigating at Tuesday’s sentencing hearing, Mr McPherson, who represented himself and his 64-year-old wife, said: “I would argue it made less noise than if someone lived next door to a do-it-yourself enthusiast.” Mr McPherson, whose books include Nashville Cinderella, said the couple had been under “acute financial strain” and that it had been a “wake-up call”. He was given an eight-week custodial sentence suspended for 12 months, ordered to carry out 60 hours of unpaid work, plus costs of £300 and compensation of £200 to Mrs Dransfield. Mrs McPherson was handed a nine-month community order, 15-day rehabilitation activity requirement and costs of £100. Both were given a restraining order, stopping them from contacting the victims for 12 months.
Posted by arbroath at 6:01 am
Email ThisBlogThis!Share to TwitterShare to Facebook