A man with fake breasts made from inflated condoms, who pestered women in Bristol city centre, has been given a community order. Daniel Lennon, 33, approached three victims and made sexual comments to them, flashing a pornographic magazine at one of them. Bristol Crown Court heard that he later apologised, admitting he had an alcohol problem and needed help with it. Lennon, of no fixed address, pleaded guilty to common assault, harassment and a public order offence on Monday. Judge Michael Longman imposed a 12 month community order with rehabilitation.

He ordered Lennon to pay a Criminal Courts Charge of £900 and a victim surcharge of £60. The judge also handed him a five year sexual harm prevention order. Julian Howells, prosecuting, said in June a 24-year-old woman was walking to work when Lennon appeared, shouting. Mr Howells said: "He crossed the road and followed her, saying 'Fine, just ignore me'. He then said 'Look at your sexy legs, look at your sexy arse'. He was trying it on." The woman was too scared to speak, feeling that communicating with him night set him off. She continued on to work, unnerved and angry and concerned about the man harassing women less able to cope with it than she was. 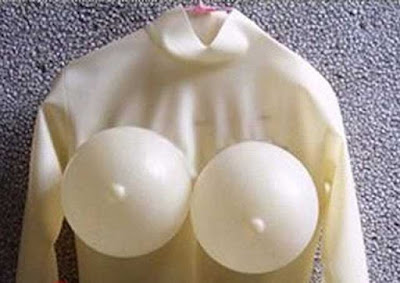 Mr Howells said Lennon next struck in an underpass, targeting a 23-year-old woman. He said: "The defendant appeared as she was leaving. He had a jumper on with what appeared to be balloons stuffed underneath. He came close to her and she could smell cigarettes. He said 'alright darling' and tried to grab her. He pushed his arms around her and she felt balloons under his clothes. He made noises as if he was enjoying what was happening. She pushed him aside and walked off to work. She was worried all day." Lennon approached a third woman, aged 47, as she walked near a post office in The Galleries shopping centre.

After telling she was beautiful and she had a big chest, he said: "Come on, let me kiss you," the court heard. He then made a grab at her, saying he just wanted a peck on the cheek. Mr Howells said: "She got out of the way. He didn't follow her. He had two lumps, rather like balloons." In a second incident Lennon approached the same woman as she had a cigarette, made lewd comments to her and showed her a naked woman posing in a pornographic magazine. Police found him in Broadmead shopping centre, with inflated condoms in his jumper and a porn magazine. Timothy Rose, defending, said his client apologised, and had moved away from an interest in women.
Posted by arbroath at 6:02 am
Email ThisBlogThis!Share to TwitterShare to Facebook