A cockatoo with the screech of a dinosaur is vexing residents in Brookline, Massachusetts. 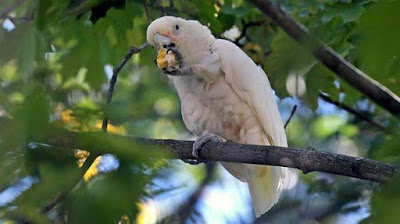 The white bird, named Dino because of how he announces his presence, once bit a man's fingernail and gnaws on the woodwork of the home of Nancy Gertner, a retired federal judge and senior lecturer at Harvard Law School. "I mean, it's a really a horrible sound," she said. "But we could have lived with that. It's really only the destruction that was the issue to us." 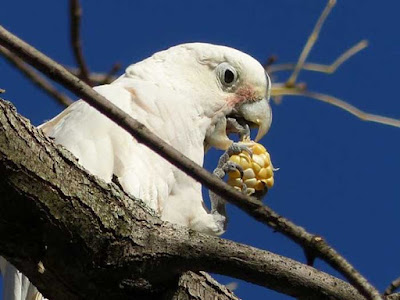 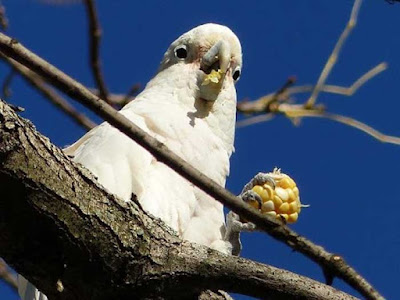 Gertner says animal control officials were called and no one can trap the bird. She left food in a cage and a string to close the door. Dino refused the bait and squirrels ate the food. "Apparently this is a bird that was loved by its family, so that's story No. 1," she said. "Then there's the fact that the bird is not going to survive the winter, and that's that's story No. 2. The fact that it makes a god-awful screech, I could live with that, and then the other issue of it being destructive."

Her home isn't just any home, but it's the birthplace of Robert F. Kennedy and the home President John F. Kennedy lived in for six years Loud rock 'n' roll music and a blaring house alarm failed to chase Dino away and trapping efforts fell short. Gertner may have to make peace with Dino: She says she's run out of ideas to get rid of him. "We've had a lot of people coming by," she said. "But no one has figured out how to catch it."
Posted by arbroath at 6:07 am
Email ThisBlogThis!Share to TwitterShare to Facebook