A man from Midland, Texas, was arrested on Thursday after allegedly threatening his girlfriend with a knife when she refused to smell his armpit. Robinson Pinilla-Bolivar, 24, is being held on a $25,000 bond for a second-degree felony charge of aggravated assault with a deadly weapon.

A warrant was issued for Pinilla-Bolivar after police interviewed a woman who alleged that Pinilla-Bolivar had threatened her with a knife. The woman was in an apartment with Pinilla-Bolivar when they began arguing because she refused to “smell his armpit,” as she was washing dishes - and he allegedly hit her in the back of the head. 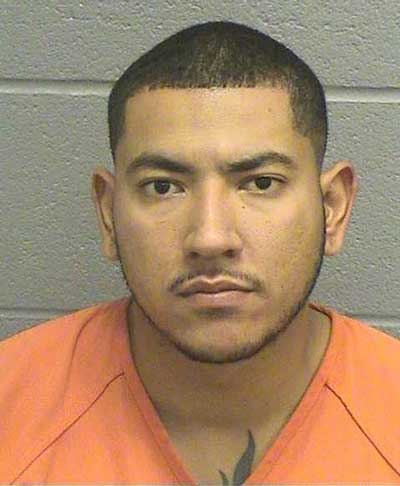 He left when he was advised that the police had been called, according to the affidavit. The woman said that she had known Pinilla-Bolivar for four years and he had hit in her the past, but she had not reported it, according to the affidavit. If found guilty of a second-degree felony, Pinilla-Bolivar could face up to 20 years in prison.
Posted by arbroath at 6:05 am
Email ThisBlogThis!Share to TwitterShare to Facebook