News anchors in Texas were somewhat surprised on Friday when they learned that the man they were interviewing on live TV was stuck 20 feet above flood waters in a tree. KVUE in Austin were interviewing Kerry Packer, who had earlier captured video of his car being carried by flood currents after he attempted to cross a section of road near Onion Creek that he said looked far more shallow than it was. 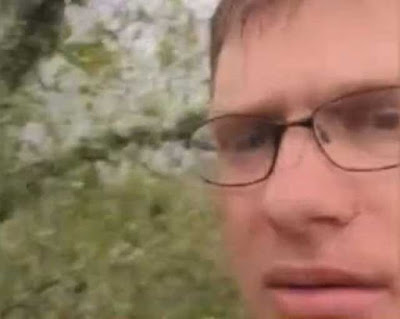 His wife, Cecelia Packer, then shared the video with KVUE. "Basically I was just driving down the road and there was what I thought was a little bit of water and I was just driving through it like I would and it flipped my car sideways," Packer said. He said that the currents almost tipped his car over and pushed him, by his estimates, about half a mile into the woods. 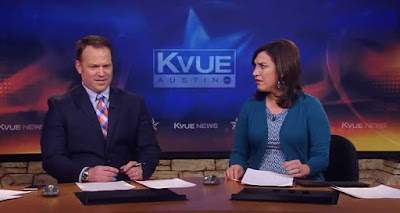 But it's what he said next that shocked the anchor desk. "I swept past a tree and I jumped out of the window and climbed up a tree," he said calmly. "So I'm about 20 feet up a tree right now." The now extremely concerned news anchors immediately asked him if he was okay having been up the tree for a very long time.

Kerry Packer in the tree.

"I'm fine," he said. "Thankfully there's a nice sturdy tree here and it's a little cold but I did Boy Scouts for 20 years and so I know how to keep my energy up and keep warm so I'm doing fine." Packer said he could only see water around him and said that the area was like a lake. Packer was eventually able to get down from the tree safely at 2:40pm. He had been in the tree since shortly after 9am.
Posted by arbroath at 6:07 am
Email ThisBlogThis!Share to TwitterShare to Facebook

one of my faves!

He may have been a troop leader after he got his Eagle badge.