Jonathan Ray apparently wanted some of his mother’s posole. So much so that, police say, he broke into her home in northeast Albuquerque, New Mexico, made a beeline for the fridge and ran away with a pot of homemade posole. Ray’s mother, Angela Becenti, called police on Nov. 29 and told officers the alleged stew theft happened the day before. 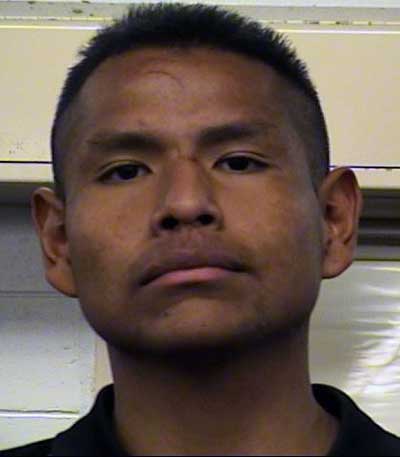 She said she was going home and was parking her car in her garage when the 23-year-old Ray texted her saying he was hungry and was going to her house to eat, according to a criminal complaint filed in Metropolitan Court. Ms Becenti told him not to. As soon as she walked into her house Ray ran in through the back door and went directly to the fridge. 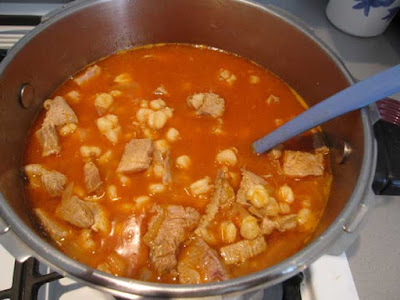 He grabbed the pot of traditional New Mexican holiday stew and ran back out, according to the complaint. “He opened the door and grabbed that big pot of posole I had made for my kids,” Ms Becenti said. “He knew I had made it.” Ms Becenti went to the backyard and saw that the lock on her gate was broken and a trash can was propped up against the gate.

Police decided to charge Ray with burglary, and Ms Becenti agreed. “She stated that she did want to press the burglary charge due to the fact that he did not have her permission to enter her home and take the pot of posole,” the officer wrote. The officer filed an arrest warrant for Ray, and he was picked up on Sunday and booked into the county jail, facing a felony charge of residential burglary. Police have been called to kick Ray out of Ms Becenti's home before. She told police he’s not welcome there. “He needs help,” she said.
Posted by arbroath at 6:07 am
Email ThisBlogThis!Share to TwitterShare to Facebook

Feliz Navidad. I would love to know what led to such enmity between them.