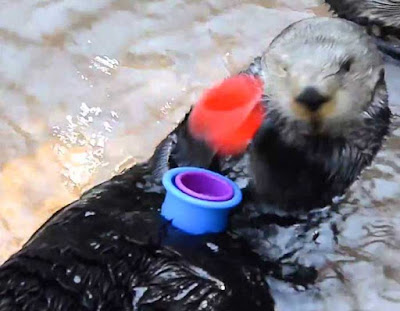 Nellie could use her paws to stack a series of colourful cups into correct order. 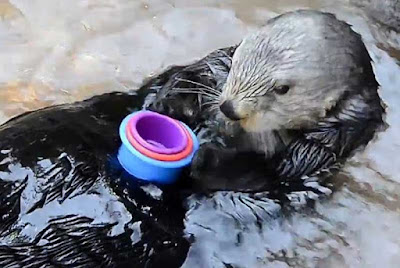 Nellie learned to stack the cups as a form of enrichment designed to provide physical activity and mental stimulation.

She was orphaned at about 2 weeks old in 1996 and arrived at Point Defiance Zoo in 2004. Sea otters are listed as endangered by the International Union for Conservation of Nature. Female sea otters typically live 15 to 20 years in the wild.
Posted by arbroath at 6:06 am
Email ThisBlogThis!Share to TwitterShare to Facebook