Police called out to an injured otter spotted at the roadside discovered it was in fact a fake fur collar. 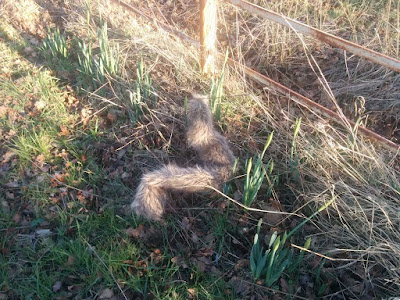 Officers were told about the "animal" by a concerned motorist driving along Church Road in Lilleshall, Shropshire, on Thursday. 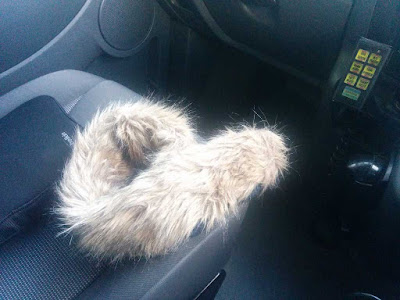 They saw the funny side of the situation and posted a picture of the fur collar on the ground to their Twitter account. 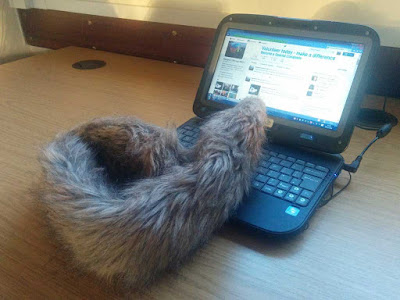 They tweeted: "Report of an injured otter at the roadside turned out to be the fake fur collar from a coat," later tweeting pictures of him in a police car and at the police headquarters.
Posted by arbroath at 6:00 am
Email ThisBlogThis!Share to TwitterShare to Facebook

I love this! Policemen with a great sense of humor!