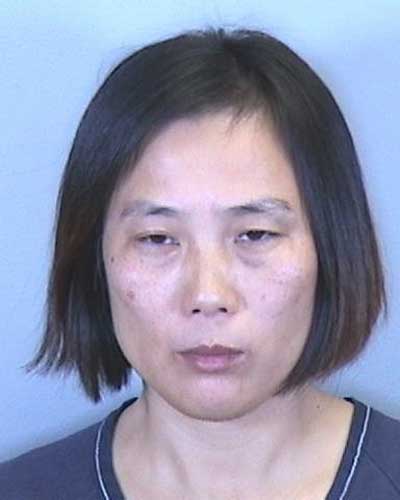 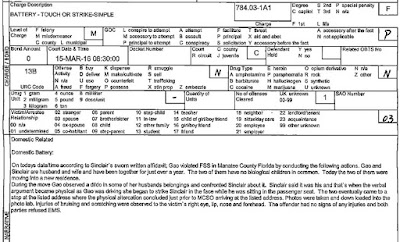 An argument between the couple then allegedly turned physical. Sinclair charged that Gao, who was driving at the time, began to “beat and slap and pinch my face with her hand repeatedly” for about 30 minutes. The attack ended, Sinclair said, when the duo arrived at their new home (from which he dialled police). 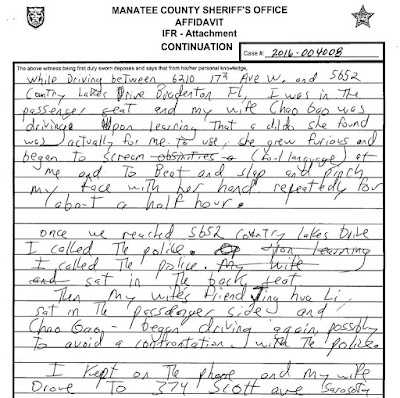 When a Manatee County Sheriff’s Office deputy arrived in response to the 911 call, he found Sinclair with “injuries of bruising and scratching” to “the victim’s right eye, lip, nose, and forehead.” Gao “had no signs of injuries,” according to a probable cause affidavit. Gao, who operates a Sarasota day care facility, was arrested on a misdemeanor domestic battery count. She was later released from custody and is scheduled for arraignment on March 15.
Posted by arbroath at 6:06 am
Email ThisBlogThis!Share to TwitterShare to Facebook