A two-year-old German Shepherd is recovering after coming to the rescue of a seven-year-old girl when she was confronted by a rattlesnake in Florida. Molly DeLuca was playing in the garden with her pet, named Haus, on Wednesday when the eastern diamondback snake suddenly appeared. 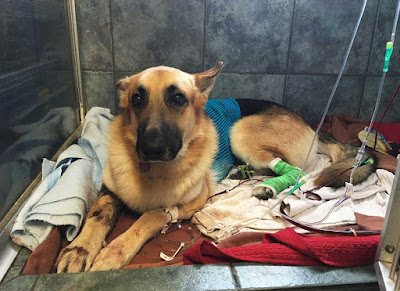 Despite the danger, Haus leapt to Molly's rescue and jumped between her and the snake, which attacked and bit him three times, injuring his kidneys. "She saw him jump back, and go forward, and jump back and go forward," Molly's mother Donya DeLuca said. "He was just, kind of, holding his ground. 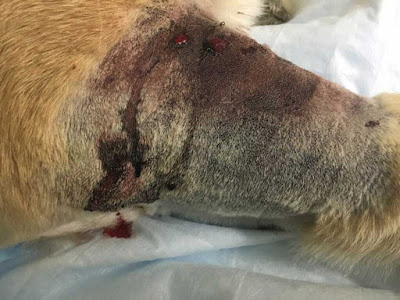 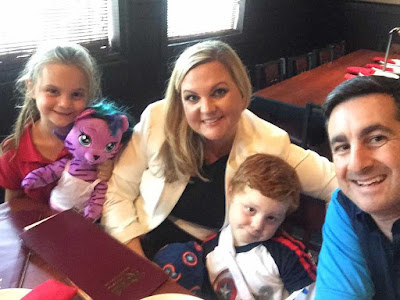 "Next thing we know is there's blood and he was limping and crying." Haus required a series of anti-venom injections costing thousands of dollars and well-wishers who heard about Haus' bravery have stepped in to pledge at least $50,000 on a GoFundMe account setup to pay for his treatment.

The family adopted him two months ago from a rescue centre and the family plans to send any funds that are not needed to the organisation. "I feel really grateful for the dog," Ms DeLuca said. "It is frightening to think it could have been my daughter. I don't know if she would have made it."
Posted by arbroath at 6:06 am
Email ThisBlogThis!Share to TwitterShare to Facebook

Stay with your dog. He will be stressed.