Police officers in Oregon say a spider is to blame for a rollover crash on Wednesday morning in Northwest Portland’s Bonny Slope area. 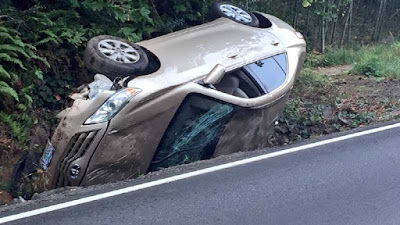 The driver suffered a minor scratch on her hand, officials said. She said she was near an intersection when a spider dropped down from her rear view mirror. 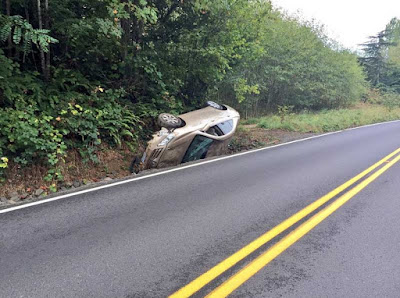 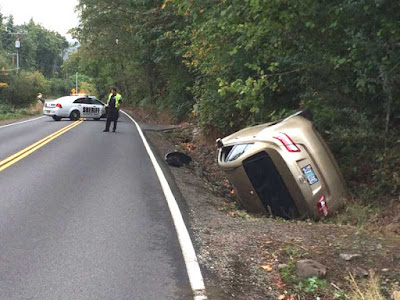 She then lost control and went off the road, rolling the car in a ditch. Sheriff's deputies said the car was totalled. 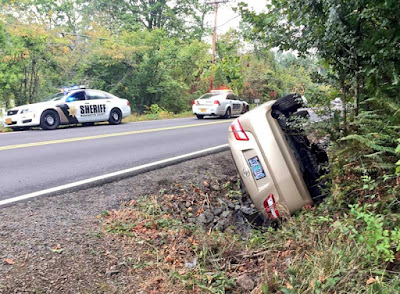 The Washington County Sheriff’s Office closed the road to one lane to handle the aftermath. There was no sign of the spider after the crash.
Posted by arbroath at 6:07 am
Email ThisBlogThis!Share to TwitterShare to Facebook