An man was arrested on Tuesday night for allegedly measuring his penis with a cardboard ruler while at a urinal inside an Iowa college library bathroom. Police arresteded Thomas Morgan, 42, on a misdemeanor indecent exposure charge in connection with the incident at the University of Iowa’s Main Library in Iowa City. 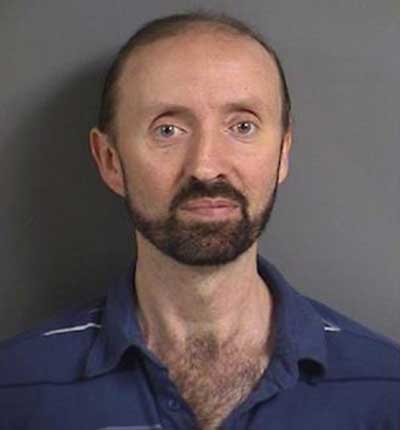 Morgan, police say, was inside a restroom when he “partially turned his body towards the victim/witness who was using a urinal in the bathroom.” Morgan then “measured his penis against a cardboard ruler,” according to a criminal complaint. The victim told an officer that Morgan subsequently “made a comment regarding his size.”

The man added that on top two of the urinals there were cardboard rulers with “dark sharpie markings regarding penis size.” It is unclear from the complaint whether the rulers were homemade. The victim told police that he “felt weird and uncomfortable” seeing the defendant’s “semi erect penis.” During questioning, Morgan reportedly admitted to measuring himself with the ruler. 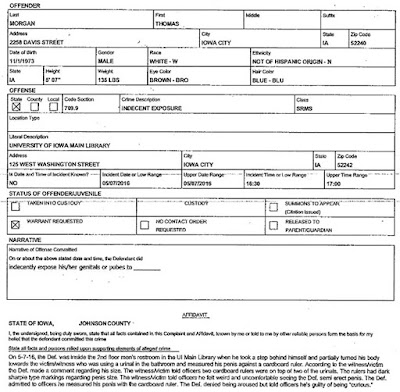 While he denied “being aroused,” Morgan told police “he’s guilty of being ‘curious,’” according to the complaint. Morgan was booked into the Johnson County jail and released shortly before midnight after posting $1,000 bond. The Iowa City resident, who is scheduled for a September 23 District Court preliminary hearing, has been ordered to have no contact with the victim.
Posted by arbroath at 6:06 am
Email ThisBlogThis!Share to TwitterShare to Facebook