A bench removed by a council because of its 'distracting' nature was replaced by an angry resident in protest - before it too was removed within hours. Stockton Borough Council in north east England took away the public seating after business owners along Dovecot Street complained about being "distracted" by those usually frequenting the bench. It is believed some of those congregating at the spot often appeared drunk, though Cleveland Police said there have been no related reports of anti-social behaviour. 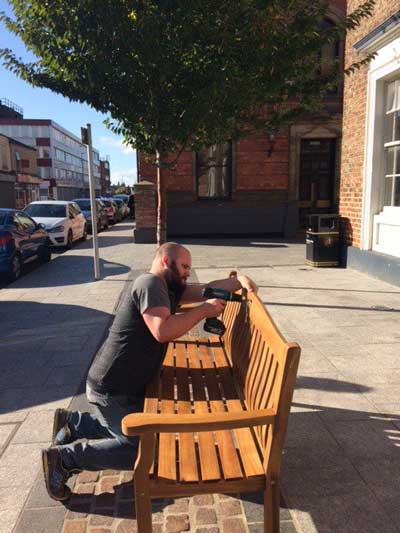 On Monday, local man Richard Lee bought a new bench and installed it at the site, along with a plaque stating ‘For the Distracting: October 2016’. Within three hours, the council removed his unusual protest and now say the bench is in “safe keeping” until they can discuss a more suitable location with him. Mr Lee took his stand after becoming frustrated with an authority he claims “only listens to the loudest voices”. The 30-year-old had a family member who was a successful businessman before a struggle with alcoholism led to his suicide. He believes the removal of the benche will not address the issues at the heart of similar problems in the area.

“I was disgusted – I know exactly what kind of distraction these businesses are talking about but these people have issues and by removing the seat, the council is saying ‘we don’t want you here’. It is a quick fix for a long-term problem – the council is papering over cracks and if we ignore it, we’ll get more serious problems. When the council says they are listening, they’ve only listened to those with the biggest voices and they’re choosing who to speak to in this community. I understand it doesn’t look nice and there’s swearing and drinking but instead of just living our daily lives, we need to start looking after people – these people are like this for a reason. 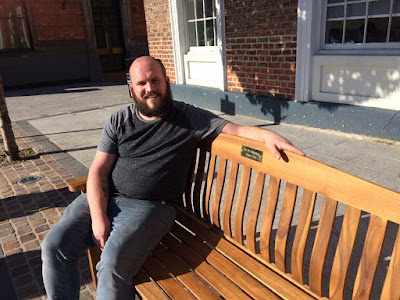 “My family member was well respected and successful, just like these business owners, but he made a bad choice and lost everything. These are sons and daughters, they have families and this is a situation that could happen to anyone. Rather than spend money regenerating the high street, we should be spending it regenerating people.” Cllr Nigel Cooke said the council had listened carefully to what people said about seating in the town centre and said there was an abundance of seating within metres of Dovecot Street. He added: “The area around Dovecot Street has developed into a vibrant and busy business and artistic centre and that’s why we will put the bench in safe keeping.”
Posted by arbroath at 6:02 am
Email ThisBlogThis!Share to TwitterShare to Facebook