Dad was so drunk he left his baby daughter in shop

A dad drank so much booze that he forgot about his six-month-old daughter and left her in a shop, a court heard yesterday. Shaun Marshall, 27, walked out leaving the girl in her buggy in the doorway.

He then drove off in his Mercedes with two toddlers while three times the limit. When he had not come back for her, police were called to the Candy Man sweet shop in Cullercoats, North Tyneside.

Prosecutor Mark Brennan said: "Officers looked at CCTV to try to identify the person responsible for leaving the child in the store. They were on the premises for a short while when he returned and identified himself as the father of the six-month-old. The reason he gave was that he was tired and confused. He had made a genuine mistake and completely forgot the child was left in the store." 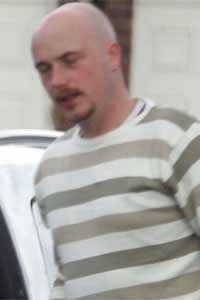 A breath test was carried out and it was positive. He was arrested.

"He had been driving the vehicle with children in it. He accepts that by driving with three children in the car he was putting the children at risk."

Marshall, of Westerhope, Newcastle, pleaded guilty to being drunk in charge of a child and drink-driving. North Tyneside magistrates adjourned the case for presentence reports and gave Marshall unconditional bail.
Posted by arbroath at 9:20 am
Email ThisBlogThis!Share to TwitterShare to Facebook