A South Bend mother returned home on Monday night with her son and discovered Keith Davis, 46, had broken in and cleaned her apartment in Lance Court. "I seen my living room light on and the bedroom light on, so once we came up the stairs I figured my brother was home. I turned the knob and it was locked, so I seen my screen open and I pushed my window open and it was some random guy in my kitchen," said tenant Ashley Murray. Murray then walked away from the window with her son and called police before yelling at Davis to leave her home. 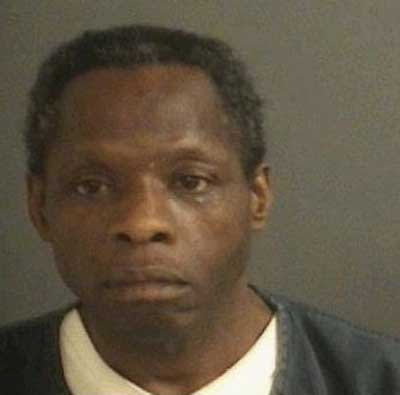 "I'm like 'the police are on their way' and he told me 'the police already been here', closed my window, locked it back up and closed my door and sat in a chair in front of the window until the police came. Once I finally got a chance to get in I then notice he cooked some chicken and onions in a pan, folded my clothes up and swept my floor," said Murray. "The police said it looked like he was a good chef. it looked like he had broth and everything in it." Davis told police he had woken up in the apartment and a woman told him to get a set of keys from a closet.

Murray said Davis had a set of her keys in his pocket when he was arrested and suspects Davis had been watching her and saw when she placed a set of keys in a storage unit for her brother to use when he arrived later that night from Indianapolis. When officers asked Davis where he lived he gave officers an address on Lance Court that didn't exist. Davis was arrested despite adamantly stating he was in his own home and charged with breaking and entering, a Class D felony. "Me and the police think he was on some type of drug. He really seemed to think this was his home," said Murray.

"How could you not look at the pictures and none of that and realize you don't know nobody? I don't think no drug can do that once you come in and see there's nothing in here that you know. The apartments are alike, but you knew this wasn't your house." Murray said her son later recognized Davis as a neighbour from across the complex who he had seen staring at him and his friends as they played outside. Despite breaking into the apartment, Davis didn't steal anything beyond the food. "He drunk up my orange juice, but it's cool because he swept up my floor and folded my clothes," said Murray. Prosecutors requested a $5,000 bond because Murray was concerned he may return, however the judge lowered it to $1,000.
Posted by arbroath at 6:09 am
Email ThisBlogThis!Share to TwitterShare to Facebook