A 62-year-old Cushing, Maine man will spend five days in jail after pleading guilty on Wednesday to assaulting his estranged wife. Fred E. Thomas pleaded guilty to 180 days in jail with all but five days suspended and was placed on probation for a year for domestic violence assault and indecent conduct. A third charge of unlawful sexual contact was dismissed.

The incident occurred in July in Warren when his wife of 39 years, who was estranged from him, stayed at his place. He offered her $20 for sex, and when she refused he took out his penis and struck her with it, according to the prosecution’s version of events to which he pleaded guilty. 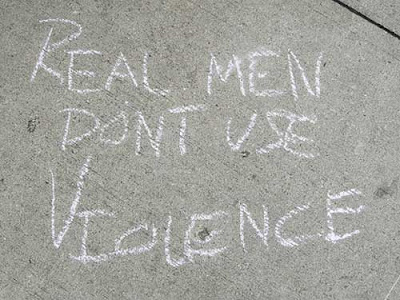 Defence Attorney Justin Andrus said Thomas was tremendously upset that his marriage of 39 years was ending. He said his estranged wife was planning to go to Pakistan to meet a man she met online. “This was not his normal conduct,” Andrus told Justice Jeffrey Hjelm during the sentencing hearing in Knox County Superior Court.

Assistant District Attorney Christopher Fernald asked for Thomas to serve seven days in jail while Andrus asked for just probation and no jail time. Hjelm said a jail term was appropriate in this case. “This was sexually aggressive conduct. This couldn’t be much more offensive,” Hjelm said. The wife did not seek jail time for Thomas but did ask that he undergo counselling for anger management, which was ordered.
Posted by arbroath at 6:05 am
Email ThisBlogThis!Share to TwitterShare to Facebook